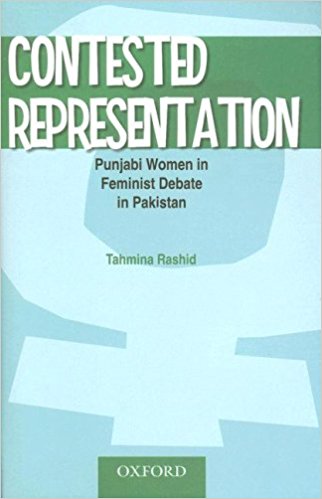 Women in the subcontinent have been under a paradoxical purview; on the one hand, major issues pertaining to them are peripheral in the body politic; on the other, they have been the repositories of religious mores and the cultural custodians of their habitat. Even so, their public façade mirrors the whims of the political and socio-religious strictures outlined by the major opinion building agency i.e., the other gender. In the subcontinent as in the West, feminism has had a trickle down effect from the ‘surplus’ elite women, who formed conglomerates of pressure groups to tweak socio-cultural problems afflicting their sisters at the grassroot level. Tahmina Rashid, a gender focused academic, purports that women’s studies has been pursued on a single trajectory, whereas it should have a binary approach to the two distinct sites of reference – the urban elite women and the rural lower middle class women. In her words “these historical accounts are silent, regarding the lower and lower middle class women, in Pakistan, whose experiences and contributions are simply subsumed into the history of the upper and upper middle class women who were visible in socio-political and economic arenas” (p.4) through the entire range of variables colonialism, human rights, social and religious discourses, Islamists, modernists, secularists and socialists.