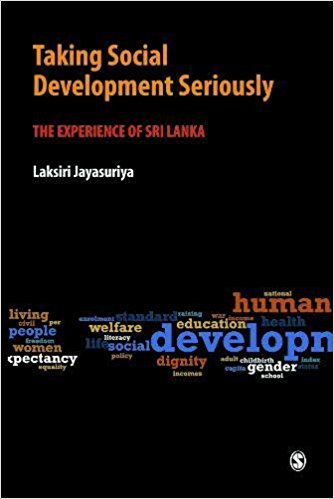 Sri Lanka was not only considered an outstanding ‘model of Third World democracy’, but also one of the developing world’s few welfare states. Sri Lanka has an enviable record of social development and has been cited as ‘the most widely noted case’ for having relatively high Private Quality of Life Index despite being a non-industrialized developing country. If not for the recently concluded ethnic conflict, the human development index would have been much higher. Yet, Sri Lanka is rated as an ‘early achiever’ on five Millennium Development Goals, and on track in realizing the remaining ones. How could Sri Lanka manage high social attainments despite being a former British colony and a poor country? Laksiri Jayasuriya unravels the puzzle by providing a fascinating historical analysis on this ‘grey area’. The book presents an historical and institutionalist account of social policy developments in Sri Lanka, by considering how current institutions reflect the impact of previous political conflicts and struggles.

The author identifies three distinct and defining phases or periods of social development: the early, late and post-colonial state. The early colonial state (1833-1931) represents the formative phase of social policy focused primarily on modernization, development of a plantation economy and an institutional fabric appropriate for a colonial political economy.