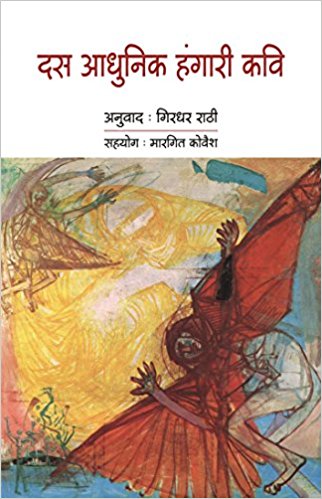 What does Hungarian poetry translated into Hindi signify? Is it just a random selection of a language and a bunch of poets—finding a way through the translator into another language? Or is it much more than a simple language transaction? Is the poetry able to cross the threshold of its cultural contexts and linguistic nuances to get across to the reader on the other side? Sometimes the power configurations of the nations determine the hierarchy of the languages too. These nations as centres of power become popular ‘research fields’ and ‘translation zones’. Hungary has been regarded as one of the major cultural centres of Europe, yet its literature and poetry lay in obscurity for a long long time. Poetry has always been important to Hungary. Charles Alson remarks: Indeed this ‘nation is nothing but poetry . . .” A nation battered by wars, fractured by revolutions and flooded by a spate of settlers, could not preserve any racial homogeneity.

The only thing that Hungarians had then, to preserve, was their identity through their language. Gradually the rich heritage was unearthed and Hungarian literature was translated into different languages. Ted Hughes and Seamus Heaney among other great poets have had a long engagement with Hungarian poetry.

Hungarian language flourished in Transylvania in the 17th century through memoirs and autobiographies. To westerners, Brian Stokes’s Dracula, in the late 19th century is Transylvania. This region has a unique cultural and ethnic heritage, with a long and often tragic historical legacy. The region’s complex history is the inheritance of the poets. The Transylvanian poets included in the collection are Sandor Kanyadi, Aladar Laszloffy, and Gizella Hervay. Embedded in Sandor Kanyadi’s poetry are experiences of dislocation. Homeland is not an abstract notion for him but is seen as a concrete, coherent landscape—a geographically outlined area, where life throbs and traditions live. Poems like ‘Bookmark’, ‘Lithograph’, ‘Electronic Boomerang’—show how the poet gradually moved from simple experiential lyrics to poems of existential philosophy. Gizella Hervay‘s three poems included in the book are intense and beautiful—especially the poem ‘Zinda Bejukhe’, where she describes the plight of small children who are used as ‘living rattles’ to scare away the birds from the fields. Laszloffy‘s poems are about historic figures and events. He felt that the poet has to be ‘responsible’ for the dead and the living both.