‘Doing’ the History of Social Reform 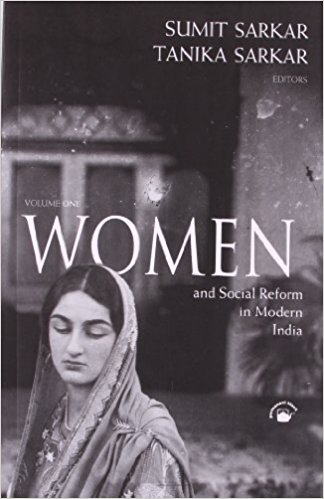 This useful volume brings together a number of important essays on the history of social reform in different parts of India. The two volumes promise to offer more comprehensive coverage with essays from the southern and north-eastern parts of the country. Extensive use of judicial archives is made use of in many of the essays, like Tanika Sarkar’s essay on the controversy around the Age of Consent Bill, Padma Anagol’s on women’s oppositional voices in nineteenth century social reform debates, and Lucy Carroll’s on the Hindu Widows’ Remarriage Act of 1856. Others, like Prem Chowdhry’s essay which juxtaposes the effects of British administrative policy and the influence of the Arya Samaj in Haryana in coercing women into levirate practices, and Anand Yang’s essay on sati, make innovative use of different source-registers to both improve empirical knowledge and critical understandings of these phenomena. The volume also contains close and innovative readings of the writings of central figures of social reform—Vidyasagar (in Sumit Sarkar’s contribution) and Pandita Ramabai (by Gauri Viswanathan).

Sekhar Bandhopadhyay presents a useful reading of the orthodox opposition to widow-remarriage in Bengal, which throws light on reformist ‘failures’. John and Karen Leonard’s contribution on the Telugu reformer Viresalingam is a much-needed biographical essay on this important but lesser known figure of Indian social reform. Geraldine Forbes’s account of women’s education in India and Madhu Kishwar’s critical description of the Arya Samajist efforts to ‘uplift’ women are well-known essays, by now essential readings for graduate and postgraduate students in history and other disciplines as well.