Do you know Whodunnit? 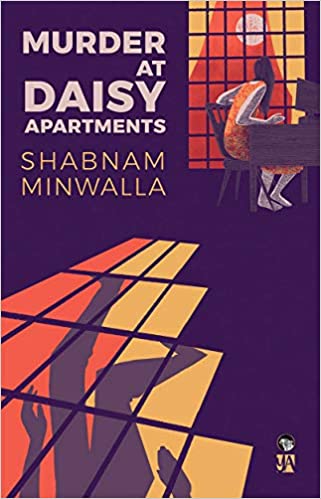 Ten minutes later, the Marker apartment was teeming with masked men and women, all reeking of hand sanitizer and nervous energy.

Any time else, a murder scene crowded with masked people, air tinted with sanitizer smell and nervous energy, and a cordoned off building in the middle of a lockdown, would sound almost fantastical, quite like one of the Hollywood movies where the director and the scriptwriter conspire to incorporate both disease and murder while sending along an alien or two but these are not just any other times that one finds oneself in. Shabnam Minwalla’s Murder at Daisy Apartments looks at a cross-section of people who live under COVID-19 precautionary measures in a ‘typical upper middle-class apartment complex’ and decides that this is a good enough time to revive Agatha Christie.

Boasting of a large retinue of characters with even larger secrets and a prowling, notoriously disliked Chairperson of the Lily-Daisy Cooperative Housing Society, the murder mystery novel begins with almost an uncanny sense of calm. From the otherwise bored protagonist’s—who is inspired by Miss Marple and Poirot—window, one hears accusations and arguments across the two buildings and the heightening hatred and discontent against Baman Marker, the dreaded Chairperson who is both a spy and blackmailer.