Dissent Down the Ages 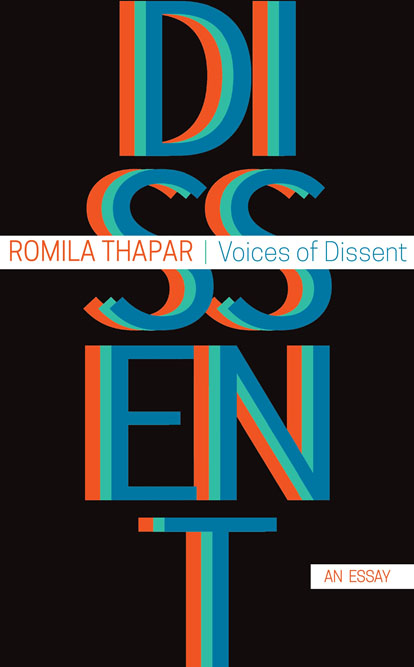 More verbiage has been expended, on a global scale, on MK Gandhi’s 1930 Salt Satyagraha  than on any other event of national importance in the 20th century.  To this day, analysts continue to pore over the why and wherefore of the Gandhian satyagraha (literally, ‘soul-force’) movement.

Historian Romila Thapar, however, asks a radically different question about satyagraha in the book under review.  Thapar is less concerned with unravelling Gandhi’s ideas in constructing the satyagraha movement and more with the question as to why there was such an impressive response to this movement.  Interestingly—or, should I say, uncharacteristically—Thapar introduces a personal note of her brief encounter with Gandhi in Pune in the early 1940s.  Gandhi, even while complying with her request for an autograph, gently admonished young Romila for wearing salwar-kameez of mill-made cloth and not of khadi!

Thapar’s central question is re-articulated in the sub-head of Section 9: ‘Did the public response to satyagraha come out of an embedded tradition of dissenting forms?’  Indeed, it is this tradition of ‘dissenting forms’ that is discussed at length in the first half of this extraordinary little book.  We know that dissent has been in the world for centuries, if not millennia.  Well-known dissenters include Spartacus, who led a slave uprising against the Roman Empire, and Socrates, the ancient Greek democrat and philosopher  who was put to death by the Athenian state in B.C. 399.  What makes this book unusual is that the author records the voices of dissent from ancient and medieval India.