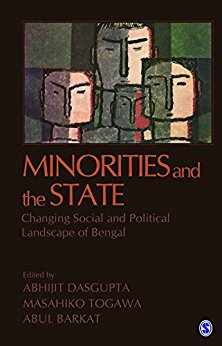 Minorities and the State is a historical, analytical account of the relationship that has developed in the postcolonial period in Bengal, now comprising two regions, West Bengal in India and Bangla-desh. The province of Bengal was a central component of British colonial machina-tions in the Indian subcontinent. Not only does the annexation of the region in 1757 mark the advent of the British colonizers in South Asia but Bengal served the role of a crucial source of surplus, often extracted as tribute by poli-tical force, for the imperial government over the next two centuries. The marked intensi-fication of tax burdens by the British admi-nistrators on the peasantry in Bengal following the Permanent Settlement Act of 1793 is well documented now. The birth of the zamindari class in rural Bengal as a result of the colonial policies and the consequent super-exploitation of the masses of peasantry and artisans under feudal and colonial conditions was a generic characteristic of the region till political inde-pendence in 1947; the ultimate logical out-come of such mindless colonial exploitation was the Bengal Famine of 1943 which claimed nearly 3 million lives.