Discourse of the Colonial WhatsApp Uncle 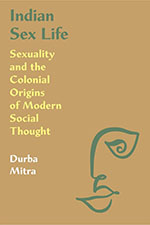 There is no gainsaying that violence has been instrumental in creating and shaping societies. Less attention has been paid to shame and guilt—emotions that rarely show up in discussions on politics and society. Durba Mitra places these ideas front and centre in her devastating explication of the history of the linkages between notions of sexuality and their impact on the evolution of social thought in colonial India.

In a book argued with the sophistication of a brilliant whodunnit, complex yet clarifying, Mitra seeks to answer an intriguing question: why were so many women deemed to be sexually deviant? Why was female sexuality deemed to be a threat to the very foundation of civilized society? At the outset, the author clarifies that when she uses the term ‘deviant’ sexuality, she is discussing the behaviours and mores that were billed to be inappropriate by the standards of the day, and not from any belief she herself may have in the concept of ‘deviance’ applied pejoratively. The term was subsequently made applicable to a wide swathe of women, thereby developing a carceral system that would surveil and control women’s autonomy. Such control was believed to be foundational to the linear progress towards civilized society.

The ideas were developed by a class of individuals that the author describes as social analysts, people who were in positions of power and authority, and could hold forth on such matters with ease. This is not the same as bringing in progressive scholarly rigour to their ideas. On the contrary, a twisted trail of conjectures was turned into social fact, universalized and widely disseminated.