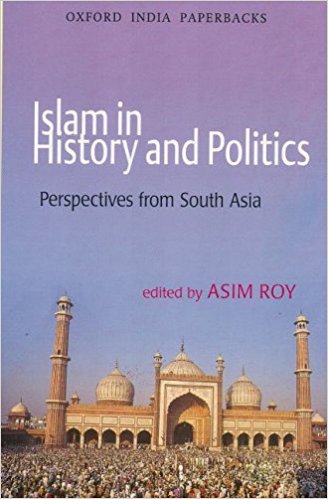 In relation to South Asia, the basic story goes like this: Once upon a time, there existed a composite or syncretic culture among the Hindus and Muslims. Then, sometime during the eighteenth or nineteenth century, in some cases even the twentieth century – depending upon the place and the context, the ‘frail’ composite culture was fractured. The broad trajectory of this fracture was influenced by, one, the conversion and purification movements of Shuddhi and Tabligh, two, by the emerging politics of representation in the process of ‘democratisation’, and finally by the demand for clear-cut identities by the British colonial government. These changes have increasingly led to support of the idea, which has gained prominence globally, of a monolithic Islam and a homogeneous Muslim community. This, in turn, has encouraged reinventing of histories, emphasizing the natural and foundational separation between Hindus and Muslims. The volume under review here, edited by Asim Roy, attempts to deconstruct the theses of ‘monolithic Islam’ and ‘homogeneous Muslim community’ by looking at complexities in various aspects of lived South Asian society where a very large part of the world Muslim population lives.