Decoding the ethics of Srimadbhagvadgita 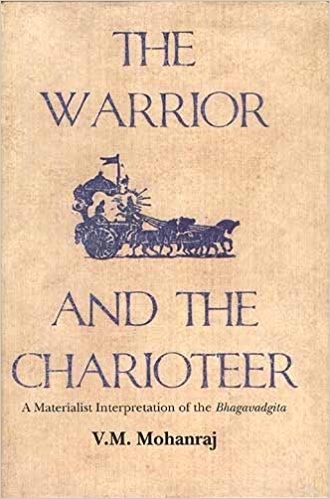 Decoding the ethics of Srimadbhagvadgita
Purushottam Agrawal
THE WARRIOR AND THE CHARIOTEER by V.M. Mohanraj Leftword, New Delhi, 2006, 183 pp., 350
January 2006, volume 30, No 1

Srimadbhagvadgita—or Gita in short, has been interpreted in many ways. It is considered one of the three fountainheads of departures of the authentically ‘Vedic’ worldview, the other two being the Brahmasutras and the eleven principal Upanishads. No philosopher can expect his views to be taken as ‘authentic’ extension or evolution of the perennial Vedic wisdom, if he cannot produce a convincing commentary of these three texts—the Prasthan Trayee! Ever since Shankaracharya wrote his famous commentary on the Prasthan Trayee upholding his philosophical monism, it became an established academic practice in the Vedic philosophical tradition to go back to these three texts in order to ‘read’ them as supportive of one’s own views. To the philosopher, all three are equally important, but the Gita is undoubtedly the first among equals due to the concise and all-encompassing nature of its discourse and more importantly due to the dramatic poignancy of the backdrop in which the discourse takes place.