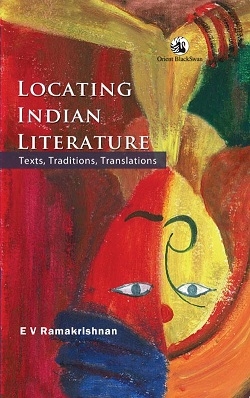 Whenever I think of Indian literature, a story retold by A.K.Ramanujan comes to mind: Hanuman reaches the nether-world in search of Rama’s ring that had disappeared through a hole. The King of Spirits in the netherworld tells Hanuman that there have been so many Ramas over the ages; whenever one incarnation nears its end, Rama’s ring falls down. The King shows Hanuman a whole platter with thousands of rings, all of them Rama’s, and asks him to pick out his Rama’s ring. He tells this devotee from earth that his Rama too has entered the river Sarayu by now, after crowning his sons, Lava and Kusha. Many Ramas also mean many Ramayanas and we have hundreds of them in oral, written, painted, carved and performed versions. If this is true of a single seminal Indian work, one needs only to imagine the diversity of the whole of Indian literature recited, narrated and written in scores of languages. No wonder, one of the fundamental questions in any discussion of Indian literature has been whether to speak of Indian literature in singular or plural. With 184 mother tongues (as per the Census, 1991; it was 179 in George Grierson’s Linguistic Survey of India, along with 544 dialects, and 1,652 in 1961), 22 of which are in the Eighth Schedule of the Indian Constitution and 25 writing systems, 14 of them major, with scores of oral literary traditions and several traditions of written literature, most of them at least a millennium old, the diversity of India’s literary landscape can match only the complexity of its linguistic map. Probably it was this challenging complexity that had forced an astute critic like Nihar Ranjan Ray to conclude that there cannot be a single Indian literature as there is no single language that can be termed ‘Indian’. To quote him as translated from the Bengali by Sujit Mukherjee (Towards a Literary History of India): Literature is absolutely language-based, and language being a cultural phenomenon, it is all but wholly conditioned by its locale and the socio-historical forces that are in operation through the ages in that particular locale. If that be so, one may reasonably argue that the literature of a given language will have its own specific character of form and style, images and symbols, nuances and associations.