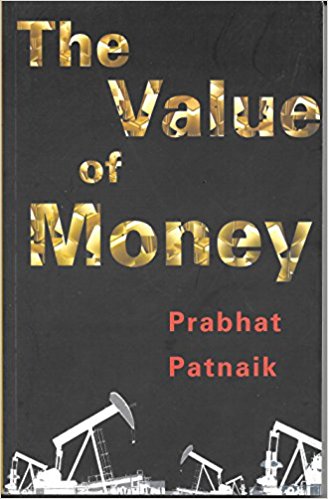 Several great divides in economic theories including that between liberal traditions of the ‘classical’ school and ‘marginalist’ theories of neo-classical tradition could not capture the essential division in the theoretical constructs of analysing capitalism. This is between those theories conceive capitalism as an isolated system achieving beneficent equilibrium spontaneously, facing no constraint on demand and those recognizing the problem of over-production or ‘realisation’ as intrinsic to capitalism. Prabhat Patnaik’s book The Value of Money explores the rift from the vantage point of money, how the value of money is determined in contesting paradigms broadly defined by the author as ‘monetarism’ and ‘propertyist’ tradition. There are twenty chapters along with an introduction that briefly sets the stage of the debate as well as an account of the main thesis argued in the text divided in three sections. The book provides a rigorous critique of the monetarist view that assumes a conceptual universe characterized by Walrasian equilibrium in which the market for money ‘clears’ and the value of money is determined by the equilibrium price in terms of the non-money goods.

The author argues the superiority of Marx-Kalecki-Keynes tradition that postulates capitalism as a demand constrained system and the value of money is determined ‘outside’ the realm of demand and supply. At a more fundamental level the book provides an analysis of the question that remained partially answered even in the propertyist tradition: if demand constraint is intrinsic to capitalism and if the activity level of the economy is determined by the state of aggregate demand then what mechanism exists in the system that ensures range of activity lying between the upper threshold defined by the ‘inflationary barrier’ and the lower threshold of a rate of profit below that is not acceptable to the capitalists. Herein lies perhaps the original contribution of the book, moving beyond the traditional notion of capitalist mode of production to the more encompassing view of capitalism—a system which was never closed or isolated rather ensconced within a pre-capitalist milieu deriving stimulus by continuously interacting and hegemonizing a distant ‘reserve market’.

Monetarism in its various strands as Professor Patnaik argues fails to provide a valid description for the capitalist economy precisely because it either views money only as a medium of circulation or even if in some sense it recognizes the form of wealth role of money, assumes price expectations are such that they ensure existence and stability of the equilibrium. In order to define a functional relation that says demand for money solely depends on and is an increasing function of money income, the Walrasian notion of ‘temporary equilibrium’ underlying monetarism takes recourse to two different routes: The Cambridge version of ‘cash balance approach’ and the second is the ‘cash transaction approach’. The author argues that the first is logically flawed because of its internal inconsistency arising from the fact that in the absence of inelastic price expectations we cannot arrive at a positive finite equilibrium value of money; on the other hand this goes against the assumption of unit elastic expectations essential for the postulate of ‘neutrality of money’. Regarding the second that says demand for money depends on the total value of transactions, the author argues that in a tatonement process time distance between sale and purchase and hence transaction demand is incompatible with Walrasian equilibrium. Although the Clower approach reconciles the existence of transaction demand for money within the Walrasian framework postulating a constant time lag between realization and expenditure of sales there is no justification for why it should be so. The author suggests that Walrasian equilibrium becomes problematic and can only exist by accident once we recognize the legacy of pre-determined payment commitments, in other words, the analytical structure fails to fully accommodate historical time.