Critiquing The Sync Between Democracy And Liberalism 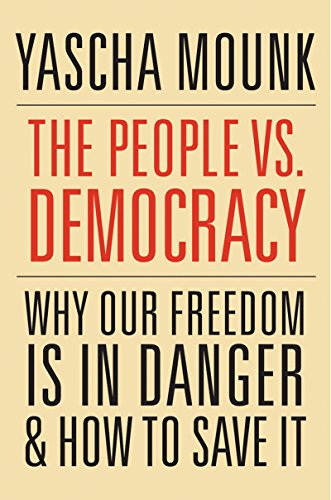 In 1944 Karl Polanyi wrote The Great Transformation: The Political and Economic Origins of Our Time. Polanyi was born into a well-heeled Jewish family in Austria and grew up in Hungary, where for a brief while, he was a local political leader active in the Radical Citizens’ Party. He is best known for his work as an economic historian. Troubled by the collapse of European peace twice in a quarter of a century, Polanyi sought an explanation in his unique, yet intuitive, understanding of the co-dependency between market and society. Although his work found much purchase only when The Great Transformation found its way into the syllabi of political economy courses in American universities, it is one of those strange facts of historical coincidence that at the time Polanyi was writing this work, representatives of 44 countries came together in Bretton Woods to sign into existence international institutions that would, in later decades, herald neoliberalism across the world as the economic system most commensurate with liberal democracy. I begin my review of Yascha Mounk’s book, The People vs. Democracy: Why Our Freedom Is In Danger And How To Save It,  with this historic irony—while the Bretton Woods system was being crafted to champion the free market, the gravest warning about its dangers was being crafted by Polanyi’s pen. There is a powerful connection between neoliberal economic policies and the rise of populism or illiberal democracies in many parts of the world—in the US, UK, Poland, Hungary, India, Turkey, France, Austria, Italy. Yasha Mounk, a political theorist at Harvard begins his book by trying to explain what has happened in the contemporary West, i.e., democracy and its institutions are under suspicion by a popular mass of people. This lack of trust in democratic institutions has led, in his argument, the ‘rise of illiberal democracy, or democracy without rights, and undemocratic liberalism, or rights without democracy’ (p. 14). Mounk locates this crisis of democracy and liberalism in recent historical events, namely, increased levels of migration of people from the global south into western countries, the strain on European welfarism and the idea that immigrants are free-loading off citizens’ tax monies, distrust of immigrants that are racially and culturally dissimilar from the group that originally constituted the mono-ethnic bases of European nation-states, and the general idea of protecting the ‘nation’ from ‘outsiders’.