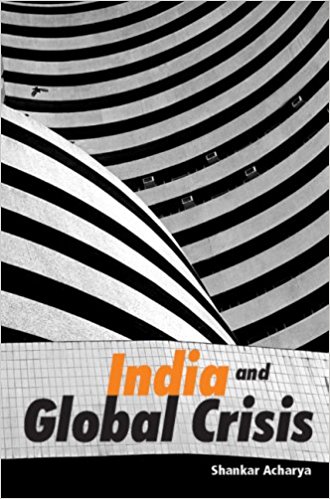 The book under review here is a selection of columns contributed by the author, between December 2006 to December 2008, to the Business Standard and Outlook. As one may expect from such a volume, a large number of questions of contemporary relevance are touched upon in these short essays although the major concerns of the book happens to be the recent global economic crisis and its implication for India, as well as reflections on critical issues facing the Indian economy.

Shankar Acharya has had close and very important associations with India’s economic policy establishment during the last couple of decades. Among these, the most prominent one was his job as Chief Economic Adviser to the Government of India (1993–2000) during which he obviously played a key role in the economic reforms of the 1990s.

His other important official assignments included membership of the Twelfth Finance Commission (2004) and prior to that, serving on the Securities and Exchange Board of India (SEBI). He continues to be on the governing boards of several corporate bodies, important research organizations and various advisory bodies of Government. The point behind mentioning these is essentially to underscore the fact that the author brings in the vision, views and experiences of an ‘authoritative insider’ to his analysis of India’s recent economic performance and the macro-economic challenges that the country confront.