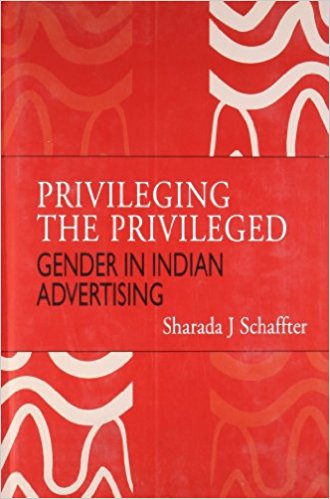 The deleterious impact that the repetitious ‘drip feed of media material’ has on the human mind and behaviour has been fairly substantially assessed over the years. In the book under review, Sharda J. Schaffter, a communication analyst, has attempted to study how advertising in India has privileged the privileged and, consequently, disprivileged women, the traditionally disprivileged.  Her attempt to catalogue and critique some 200 English language advertisements – 60 in some detail — that have appeared in magazines and newspapers is useful in that such content analysis has generally been confined to the print and television media. Advertisements, perhaps because they have been perceived as material that is paid for – presumably s/he who pays the piper calls the tune — have generally escaped a more careful critique apart from the occasional burst of outrage provoked by a particularly offensive specimen. But since advertisements too occupy the public sphere and do exercise an inordinate influence on social values and behaviour –  indeed are meant to do precisely that – it is important that they too are assessed for their social impact.