Contextualizing The Life And Work Of Intizar Husain 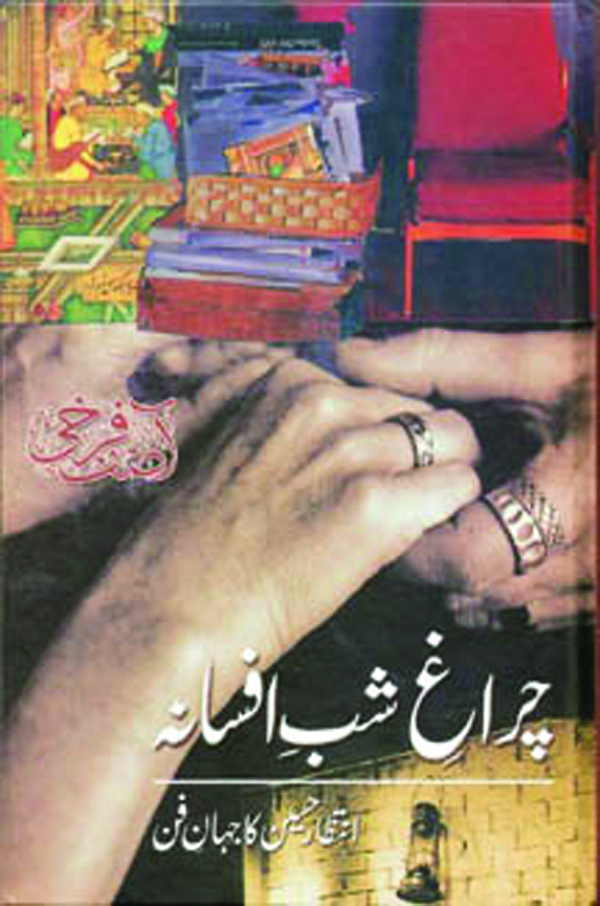 For avid readers of Urdu who may not be its scholars, Urdu prose, especially,
genres such as short stories and novels mostly trigger the names of Prem Chand, Qurratulain Haider, Saadat Hasan Manto, Ismat Chughtai, Rajender Singh Bedi, Krishan Chandar and the like. The reason may be two fold. Firstly, these powerful, courageous and uncompromising writers shaped Urdu literature at the time when the subcontinent was passing through a massive turmoil. They were not only creations of their time but also laid the foundations of a robust tradition of protest and resistance that continues to inspire writers and readers. Secondly, they also tried to reflect, represent and mould the aspirations of modern citizens of the Indian subcontinent. It may not be wide off the mark to say that the first seventy years of the 20th century marked the golden period of Urdu literature. The freedom movement, crumbling feudal structure, communal hatred, caste and similar issues provided ready material for content.

The community of Urdu writers not only grew in numbers but also matured. In 1935, intense anti-imperialist consciousness crystallized into the formation of the Anjuman Taraqqi Pasand Musannifin or the Progressive Writers Association (PWA), which had a pan-Indian influence on writers and poets. PWA, in no uncertain terms, declared its position that literature must serve the people’s interest. The magnetic pull of the new revolutionary ideas was very strong. Some writers dissociated themselves and stood by the slogan ‘literature for the sake of literature’. Soon initial cracks enlarged into ‘the great divide’. A bitter yet intellectually rich debate ensued. Saadat Hasan Manto is the tallest figure when it comes to writings on Partition but its savagery was all-pervasive, and therefore, produced a whole galaxy of other important authors.

Intizar Husain, who was born in Dibai (Bulandshaher), a small town in Uttar Pradesh and had completed his master’s degree in Urdu from Meerut University, suddenly found himself in Lahore as a young man. By this time he had written just two articles and one short story, but the writer was yet to be born. He had also probably written a book on linguistics, which never got published. He did not want to become a storywriter but a poet and a critic. Partition turned him into a columnist (he wrote columns both in Urdu and English), and most importantly a short-story writer, and later a novelist (the most famoust being Basti, a book that was also nominated for the Booker Prize). He was a prolific writer, who, interestingly, always shunned the PWA.

Chiragh-e-Shab-e-Afsana: Intizar Hussain Ka Jahan-e-Fan by Asif Farukhi is a complete treatise on the life and work of this important Urdu writer. What makes the book interesting is that it does not follow a linear historiography. The style of writing remains on the border of ‘story telling’ and ‘well-researched serious analysis’. Asif continually meanders between the two domains. This style of writing allows him to weave in the meticulously collected data from a large pool of international as well as Urdu literature. Farrukhi leads his readers through historical as well as contemporary literary context in which Intizar Hussain’s work is placed. In the first chapter devoted to a biography of Intizar Husain, Asif makes two promises to the reader. Firstly, he says, since biographical details of a writer are often an impediment to exploring the ‘meanings’ must therefore be disposed off quickly without
allowing them to interfere with the rest of the book. He also quotes D.H. Lawrence, ‘Never trust the teller, trust the tale. The proper function of a critic is to save the tale from the artist who created it.’ Throughout this large volume, Farrukhi remains true to his promises.

The author who had a close association with Intizar Husain informs us that he had started writing this book when Husain was still alive and had expressed a desire to see the book published. Unfortunately, his wish could not be fulfilled. He has access to information that only Intizar Hussain could have given. It is also evident that the author has checked and rechecked information and wherever he was doubtful, the reader has been courageously and honestly informed.

Apart from the short introductory note, this enormous compedium contains thirty chapters, each one is self-contained which can be read independently. Each chapter also informs the reader about the opinion of various critics of Intizar Husain’s writings. The book covers almost every piece that Intizar Husain had written and published. This includes his short stories (‘Akhri Admi’, ‘Zard Kutta’ to name two), articles, novels (Basti and more), novellas (Din Aur Dastan and others), plays (Pani Ka Qaidi, for example), translations, columns in newspapers, sketches and books for children.

Wherever necessary, Farrukhi has given the historical background, international and national context that triggered the evolution of a genre before embarking on explaining the significance and shortcomings of Intizar Husain’s specific or general contribution to literature. In short, the book is a thorough and exhaustive study of Intizar Husain’s writings. It will be difficult for any future researcher of Intizar Hussain to improve upon it. The weakness many readers may notice is the author’s presumption that the readers will have knowledge of the English script, language and literature.

A close association between writer and subject often becomes an obstruction in writing honestly. Farrukhi stands close enough, yet at a safe distance from Intizar Husain and is ruthlessly critical when necessary. He is ruthless in his criticism wherever it is called for. And that makes the book even more interesting.

Gauhar Raza, an Urdu poet, is presently a Fellow of HSRC, South Africa and a Member, International Committee for Science Popuarisation, France. He is a former Chief Scientist CSIR.