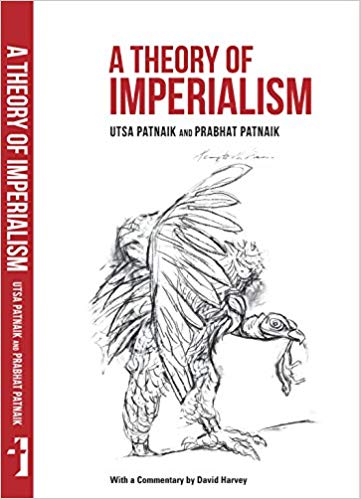 Conceptualizing Imperialism
Surajit Mazumdar
A Theory Of Imperialism by Utsa Patnaik and Prabhat Patnaik. With a Commentary by David Harvey Tulika Books, 2018, 240 pp., 695
October 2018, volume 42, No 10

Marxist conceptions of imperialism as something systemically connected to the capitalist mode of production have focused on examining how the fundamental tendencies of the capitalist mode express themselves concretely in history when the necessary accompaniment of the mode—a class state—is national. Actual living capitalism has never, even in the contemporary age of globalization, been characterized by either a simple and uniform worldwide division of society into the two fundamental classes of the capitalist mode or a single world capitalist state. Neither has capitalist development ever been anywhere a process confined within national economies. Capitalism in fact created a world economy but through a process in which the conquest of territories and regions outside the initial centres of capitalist emergence completed the job of bringing them into the fold of capitalism long before the potential alternative route of their independent transitions to capitalism could even take off—thus creating the hierarchical division of the world into advanced and backward parts. The necessity of conceptualizing imperialism thus derives from the fact that without it one cannot analyse the totality of the contradictions that characterize capitalism and create the conditions for a transformation from it—specifically the unevenness and conflicts inherent in the way in which capitalism established and then maintained its rule over the world.

Utsa and Prabhat Patnaik’s latest offering, A Theory of Imperialism, is an addition to the broad genre of Marxist theories of imperialism that have focused on the unequal relationships between different parts of the world associated with capitalism in history. It reinforces from a new angle the core idea found in Patnaik (Accumulation and Stability Under Capitalism, Oxford: Clarendon Press, 1997 and The Value of Money, New Delhi: Tulika Press, 2008) that interaction with a non-capitalist periphery is a necessary condition for capitalism’s stability. While some of the key points in the book can be found in the earlier writings of the co-authors, they are brought together in this book with others into a coherent whole. It is a relatively slim volume which includes, in addition to the main text, a sharply critical commentary by David Harvey along with the authors’ response to it and a more sympathetic foreword by Akeel Bilgrami.