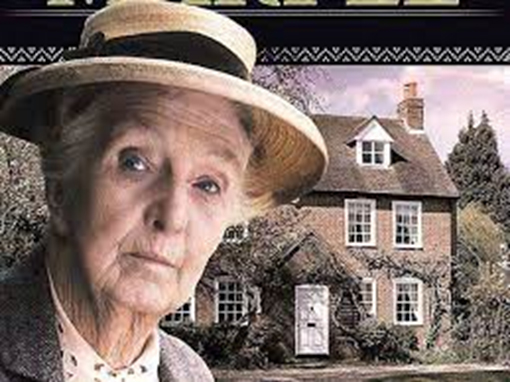 In the 1970s, Uma, Chandra and myself had almost identical collections of detective fiction. Common to all three of us were those by Agatha Christie and Ngaio Marsh. We each had crammed bookshelves with our treasures and were extremely possessive about our editions.

What is it about this genre of writing that inspires this loyalty to read and reread these books with pleasure every time? Today so many authors have joined my bookshelf and Kindle—PD James, Robert Galbraith (JK Rowling), Caroline Graham—but classic crime fiction for me is dominated by the magic of Christie and Marsh.

Both these authors were made Dame Commander of the Order of the British Empire, Ngaio Marsh in 1966 and Agatha Christie in 1971. 2020 was the centenary of Dame Agatha Christie’s first publication, The Mysterious Affairs at Styles in 1920, introducing Hercule Poirot. Christie’s books have sold over a billion in English and over a billion in other languages. She is said to be still the best selling author in all languages overtaken only by Shakespeare and the Bible.

2009 commemorated 75 years since Ngaio Marsh’s first publication of Chief Detective Inspector Roderick Alleyn mystery, A Man Lay Dead. HarperCollins UK celebrated this by bringing out The Inspector Alleyn 3-Book Collection of all 32 mysteries. This is a gift to Marsh fans since the books were difficult to come by earlier.
Agatha Christie had an unerring finger on the pulse of human nature. She understood the complexities of people’s emotions and their actions. This sensitivity ran through her novels in a matter of fact way, exactly as we would come across such behaviour in reality.

Dame Ngaio Marsh, a New Zealander and theatre director of repute, lived both in New Zealand and the United Kingdom. She used the canvas of theatre and sometimes the vivid landscape of New Zealand as the backdrop for her novels. Writing between the two World Wars, she reflects the attitudes of her times. This must be taken into account by her readers of today as her books can feel a little outdated.
Our beloved books have been brought to life by the big and small screen. Sometimes cringeworthy and sometimes perfect.

Christie’s Miss Marple began in cinema in the early sixties in Murder She Said, Murder at the Gallop, Murder Ahoy and Murder Most Foul.

Seventy-two years old Margaret Rutherford’s Miss Marple was boisterous, rambunctious, comic, hefty and loud. The movies bore little resemblance to the character or books. Christie did not approve but succumbed to the producers’ dictate. In 1980, Angela Lansbury starred as a passable Miss Marple in The Mirror Crack’d with Elizabeth Taylor. But it is in the BBC television series that Miss Marple truly comes to life.
Seeing Joan Hickson on stage in 1946 in a performance of Appointment with Death, Christie wrote to her, ‘I hope one day you will play my dear Miss Marple’, and she did from 1984-1992 in all 12 adaptations of Miss Marple books!

Murder at the Vicarage, which incidentally is the first book written in 1930, in which Miss Marple appears, is filmed in a setting of St Mary Mead which leaps off the pages of the book. Joan Hickson is so perfect that the viewer looks at her with a sense of recognition. Even though the episodes are now almost monochrome with time, these series are a source of deep pleasure.

And then, for me, it all goes wrong with ITV’s Agatha Christie’s Marple—Geraldine McEwan from 2004-2008. The famous guest stars do not compensate with the drastic tampering of the plots and the truly hideous portrayal of Miss Marple as a shabby, awkward, badly dressed intrusive spinster with no ladylike gentility or grace!

Fortunately, the most recent ITV’s Miss Marple, Julia McKenzie, who played the role from 2009-2013, gives a contemporary portrayal of the legend that is true in spirit and appearance. The script veers close to the original text and plot. The great direction and cast of famous actors bring the books back to life again.
And then there is Hercule Poirot!

Poirot has had many appearances on the screen in various incarnations, good, bad and in parody. In cinema, Albert Finney 1974’s Murder on the Orient Express is considered by some as the definitive depiction of Poirot on the big screen. With a galaxy of stars it is memorable; for its time.

Peter Ustinov took to the role of Poirot in the 1978 film Death on the Nile, and later in the 80s Evil Under the Sun and Appointment with Death. There were also three TV adaptations, Thirteen at Dinner, Dead Man’s Folly and Murder in Three Acts.

Peter Ustinov for me on the big screen is a very watchable Poirot.
Kenneth Branagh in the 2017 film Murder on the Orient Express, and soon to be released Death on the Nile, both directs and plays Poirot. He invented the most peculiar version of ‘The Moustache’, a thick grey apparition that is a cross between sideburns of the sixties and the old mutton chops of Regency days. Astonishing for all the wrong reasons!
ITV UK got it so right with the incredible Sir David Suchet as Hercule Poirot. Suchet, a renowned English theatre actor and director, seriously studied Christie’s books and the character and characteristics of Poirot. The series began in 1989 with The Mysterious Affair at Styles and ended in 2013 with Curtain. Suchet acted in all seventy Poirot mysteries including the short stories for twenty-four years.
David Suchet IS Hercule Poirot.

The series are directed with precision and no expense was spared for the authentic Art Deco sets, attention to fashion, costumes, décor, location and lavish cinematic treatment.
Browsing in a bookshop recently, I glanced through Behind the Lens: My Life (Constable, 2021) by David Suchet. Through his amazing photographs and commentary, I was astonished by the in-depth study he made of Christie and Poirot. He totally embedded himself in Poirot’s personality from his gait to his mannerisms.

David Suchet, over the years, wore a special body padding for Poirot and remained in character even off the set while filming.
Such acting dedication runs through all the episodes. Well supported by Hugh Fraser’s Captain Hastings, Philip Jackson’s Inspector Japp, Pauline Moran as Miss Lemon and Zoe Wanamaker as Ariadne Oliver, the series are timeless. Poirot still appears on prime time British television and all around the world on the small screen, DVDs, on demand and on streaming networks.
What is the magic fairy dust sprinkled over these episodes? 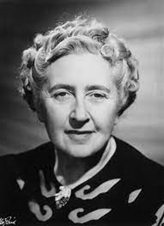 I believe it is Poirot himself. Emerging from the books and translating onto the screen is the endearing personality of Poirot.
The ‘little grey cells’ are exasperatingly always right. Poirot, never blessed with experiencing love himself, wistfully facilitates tender romance, even for his dear friend Captain Hastings.
Suchet’s compelling interpretation of Poirot’s deep sense of right and wrong, and disapproval of murder, is fiercely brought out at the end of Murder on the Orient Express. Poirot walks away after making his decision and his internal torment is powerfully revealed in his expression.

Christie’s great-grandson, CEO and Chairman of Agatha Christie Ltd, James Prichard, believes that contemporary Christie adaptations reach out and are relevant to the current audience.
One such is the 2018 BBC Xmas special of The ABC Murders with John Malkovich as Poirot. John Malkovich is a great actor but gives the impression that he had never read Christie.
For me, his is the most appalling and grotesque portrayal of Poirot. A decaying and sloppy Poirot with black hair dye dripping from his moustache in public is an indelible image.
Though fans were repulsed, others were fascinated. For me it could be regarded as a murder mystery with no connection whatsoever with Christie and Poirot.
James Prichard calls it ‘The Christie Experience’ and believes that this Poirot is more human and says this adaptation works.

The BBC adaptations with nine episodes from 1990-1994 of Ngaio Marsh’s Inspector Alleyn mysteries is quite another story.
Ngaio Marsh readers loved the tall, ‘Handsome Alleyn’, a sensitive gentleman policeman with a diplomatic background, the younger brother of a titled Ambassador. The tender, delicate love story with Agatha Troy, the famous artist with short-tousled hair, runs through the books.

Imagine the shock for viewers with the miscasting of Patrick Malahide and Belinda Lang in these roles with none of these characteristics!
Enough said.

In contrast, PD James’s detective Adam Dalgliesh acted by Roy Marsden and later Martin Shaw translates well on the small screen mini-series made in the 1980s.
Midsomer Murders by Caroline Graham is quite the opposite story. She wrote only seven books with Chief Inspector Barnaby and inspired 95 ITV episodes and still filming!
Like Colin Dexter’s Morse who after 21 episodes on TV, inspired Lewis and the prequel Endeavour, Dexter made the transition to the small screen by appearances Hitchcock style, into Morse, Lewis, and Endeavour.
Robert Galbraith’s (JK Rowling) recent BBC Strike, adaptations of her Cormoran Strike books are faithful to the text as the author co-produces the series.
It is M. Poirot and Miss Marple, who for me, bear the eternal flame of classic crime fiction’s transition onto the screen. Agatha Christie is immortal.
Shakespeare’s protagonists are endlessly interpreted, re-envisaged, travelling through time continuum over four centuries. And Christie’s Poirot, in just one century achieves this. So, I must accept but not necessarily like, all these contemporary adaptations as homage to Christie’s genius.

It is important to mention the truly remarkable phenomenon of Agatha Christie’s play, The Mousetrap.
It opened in London’s West End in 1952 and ran continuously till March 2020 when it was discontinued due to the Covid-19 pandemic lockdown. This play was amongst the first to reopen at St Martin’s Theatre on 17 May 2021, with social distancing when restrictions were partially lifted. A deceivingly simple play, it embodies Christie’s timeless charm and appeal.
Adapting detective novels to the screen is a challenge for any director. These books have a devoted and exacting following and the aim is to bring the books and characters to a wider audience. Fans may be picky about the detective portrayal on the screen but as so many viewers have not read the original books, success depends on the most essential ingredient, the likability factor.
Print or screen, classic crime fiction is great storytelling and we love that our favourite authors and their protagonists live on, in any incarnation or medium the future holds.