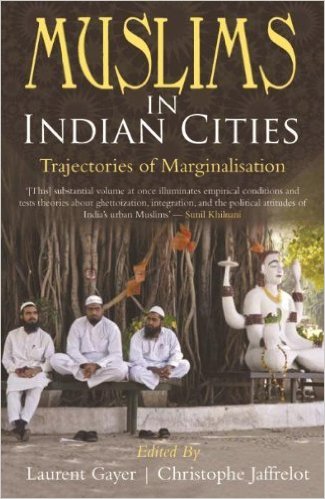 I read this book from cover to cover in just three sittings. It was indeed enthralling as I have virtually been part of most of the stories it unfurls. Reading about Lucknow, culture capital of India and city of my birth, Aligarh, seat of the educational Taj Mahal where I studied and taught during 1961-66—and Ghalib’s Delhi where I have lived for forty-five years, made me nostalgic. The tales of Muslims in these and another eight cities, told by eleven different researchers, are enveloped into this book by its two French editors who have prefixed and suffixed it with an introduction and a conclusion. It was interesting for me to find them citing on one hand the instant reply in verse Delhi’s legendary Urdu poet Mir Taqi Mir had given to curious questioners in Lucknow two centuries ago and, on the other hand, the just five-year old Ranganath Misra Commission Report on minorities in setting forth which I had played a key role.