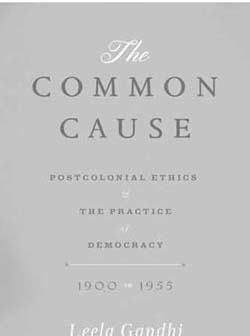 This is the latest offering of the author, who is the John Hawkes Professor of English and Humanities at Brown University, and the founding co-editor of the journal Post-Colonial Studies.

Postcolonial studies represent an academic branch of studies which debunk and challenge western interpretations of thought. The rise of this branch of discourse in western academics is often dated from the publication of Edward Said’s influential critique of western constructions of the Orient in his 1978 book Orientalism. A layperson can get an initial perspective from the handy internet toolkit, Wikipedia, which indicates that postcolonial studies draw from ‘postmodern thought’ to analyse the politics of knowledge (creation, control and distribution) by analysing social and political power that sustains neo-colonialism/colonialism. As a genre of history, says Wikipedia, postcolonialism questions and reinvents the modes of cultural perception, the ways of viewing and of being viewed. As Anthropology, it records human relations among colonial nations and the subaltern people exploited by colonial rule. As a critical theory, postcolonialism presents, explains and illustrates the ideology of neocolonialism.