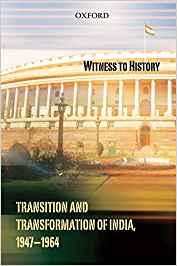 Abasic existential question would virtually leap out at the reader, a few pages into this volume. Does India’s first Prime Minister deserve another celebratory volume? Jawaharlal Nehru is acknowledged as an epochal figure in the struggle against colonialism, with perhaps the most successful record among the leaders of national libe-ration, in building a polity that functions by basic norms of democracy. The high tide of the celebration of his life and times was his centenary year over two decades back. It has since been recognized that the time for celebration-or for its opposite-has long passed. Yet the mood of celebration stretches on, bearing testimony perhaps to the ample funding available for burnishing the image of a statesman who remains a source of legitimacy for the country’s dominant political dynasty. Further, there are signs that the political forces claiming most ardently to protect Nehru’s legacy are unsure of their footing and unclear about strategy. A powerful argument meanwhile builds up, which puts down the prevalent mood of turmoil and anxiety in the country entirely to Nehru’s legacy.

Veteran journalist Inder Malhotra expresses an anguish felt by all who retain the faith: ‘ …there is a group of people that are full of hatred for Nehru and his philosophy and legacy. Ideologically driven, they are determined to dismantle his greatest achievements-the founding and nurturing of the modern, democratic and secular Indian society and Indian State, committed to protecting and preserving the country’s plurality and its inclusiveness.’ The ideological offensive against the Nehruvian bequest of secular statecraft, he concludes, has failed. The mass hysteria over the Ayodhya issue, the rants about ‘minority appeasement’ and the barbs freely hurled about the Congress party’s alleged ‘softness on jihadi terrorism’, have failed as political ploys. Indeed, says Malhotra, the ‘voters’ overwhelming verdict’ in the country’s most recent parliamentary general elections must be regarded as an ‘endorsement of Nehru’s legacy’.