Celebrating Life, Warts and All 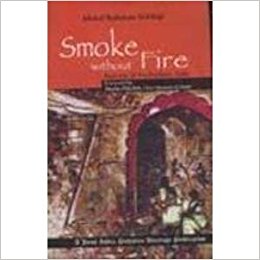 Abdul Rahman Siddiqi belongs to the rare, and now practically invisible, Dilliwallas who were born and brought up in Delhi. He belongs to the Dilli Punjabi Saudagran community which migrated to Delhi from Panipat during the reign of Shah Jahan, to settle as a trading community. This book celebrates the people, the food and the history and culture of the city before India’s Partition. It also highlights the seamier side of the city such as its red light districts or the communal divide at the time of Partition.

For this breed of Dilliwallas, Delhi was not just a city but a friend, a confidante with whom they played youthful pranks or shared their secrets. The people of this city had witnessed the worst of times during the revolt of 1857, and now, along with the rest of the country, were dreaming of Independence-an idea that would have appeared impossible to previous generations.

Smoke Without Fire covers the author’s life in the city from 1924 to 1947. He takes us into parts of the city which till date remain largely hidden and unexplored. The book intertwines political turmoil in the city with the everyday life of a typical Old Delhi family. The family and the city are extensions of each other. What the city goes through, the family too must suffer. The book is also a document of how the two fight their lone battles and don’t seem to give up.