Caught in a Time Warp 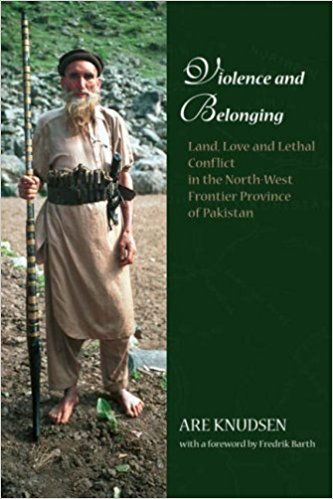 Caught in a Time Warp
Sushant Sareen
VIOLENCE AND BELONGING: LAND, LOVE AND LETHAL CONFLICT IN THE NORTH WEST FRONTIER PROVINCE OF PAKISTAN by Are Knudsen Orient Blackswan, 2012, 224 pp., 395
September 2012, volume 36, No 9

In recent months, Kohistan, or the Land of Mountains, a remote area located in Northern Pakistan, has been making headlines for all the wrong reasons. A series of brutal sectarian killings of Shias travelling through the region was followed by uproar over the alleged slaying of five women whose only crime was that they were singing and dancing at a wedding ceremony in the presence of men who were not related to them. Far from showing any contriteness over the rampant misogynistic attitude of the society, a local council of tribal ‘elders’ imposed a ban on all NGOs and working women in the region. The local administration was more interested in a cover-up rather than imposing the law of the land (i.e., of Pakistan) which the tribesmen apparently had no use for when it conflicted with their traditional code.