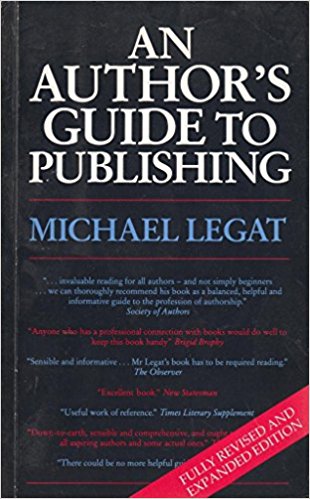 Since this is a guide to book publishing, not to book publishers, either British or others, it has substantial relevance for Indian authors and publishers. In spite of differences, includ-ing differences of scale, technique, and levels of development, material and moral, it is surprising how similar are situations and problems in the two countries, and perhaps else¬where also.

Nevertheless, if this book had been written in India, there would, I am sure, have been a substantially different attitude and approach. The emphasis would have been on the alleged widespread unscrupulousness and almost universal inefficiency of Indian publishers and on how they should be firmly handled. Even from a British author one would have expected a whole armoury of barbed shafts to be loosed against the tribe of Barabbas (who was said by Thomas Campbell to be a publisher). The statements one occasionally reads in the London Bookseller, made by and on behalf of authors, are often quite as sharp as anything we have in India. Surprisingly, therefore, for a book highly recommended (even though not fully endorsed) by the Society of Authors of Britain, this one leans far to be fair to publishers. It is sweet reasonableness all through, and much of the book is devoted to explaining publishers’ problems.

Is Legat’s balanced approach merely a reflection of the fact that British authors, in spite of their angry outbursts, are, by and large, satisfied with their dealings with mainstream British publishing houses? To a great extent, I think, yes, but much must also be attributed to the fact that Legat is not only an author by profession but also one who has been an editorial director in book publishing. He has thus functioned on both sides of the fence and has obviously also dealt extensively, both as editor and author, with literary agents.

If one has to choose a single Word to characterize this book, it could be either ‘practical’ or ‘realistic’. It sees situations as they are and considers possibilities accordingly. It squarely faces the fact, for instance, that a publishing agreement is a bargain, seldom between equals; that a publisher is essentially a businessman in a rather speculative business. That, in most cases, the market for book manuscripts is a buyers’ one, is recognized as a fact of life. An author is therefore advised to weigh very carefully what he is willing to agree to, and what he is not, even at the cost of abandoning hope of publication altogether.

The first three chapters of the book survey the publishing world discuss the factors that go to determining publishing decisions, and give practical advice on preparation and submission of manuscripts and proposals for manuscripts to publishers. This is followed by a chapter describing the publishing process from acceptance to publication, promotion, sales and submission of royalty accounts. With later chapters on author/publisher relationships and one discussing typical complaints against publishers, these are models of balance and publishers would gain as much from reading them as authors.

It must again be stressed, however, that Legat is far from being the devil’s advocate. What he does is to ensure that when an author has to bargain, when he has to com¬plain, when he has to protest, when he has to protect himself against malpractices, when he has to put his foot down, he will be able to do it on the basis of sound knowledge and understanding and will not easily be put off by lame exuses and evasions. ‘Even if you are no more than a part-time writer,’ Legat writes,
you need to be professional in your approach, which means, among other things …learning something about publishing. You need to be a professional in your approach if you become involved in a serious dispute with your publisher.

Chapter 5, ‘Contracts’, is the most practical one in a very, very practical book. It reproduces in full a Minimum Terms Agreement (MTA) which the Society of Authors and the more militant Writers’ Guild of Britain are urging publishers to accept and authors to insist on. So far they have succeeded only in persuading the Publishers’ Association to issue a recommendatory Code of Practice for Publishers which falls far short of their expectations. In this connection, it might be mentioned that the Authors’ Guild of India and the Federation of Indian Publishers have also jointly approved a Model Contract—again with little practical effect.

Legat discusses the MTA cla¬use by clause, explaining the issues involved and anticipating possible arguments and objections by publishers. Again he stresses that, in the final analysis, a bargain has to be struck and that often there will have to be give and take. What this book will do for authors who read it is to help ensure that they are quite clear about what the implications of their contracts are, that they are fully conscious of what they are giving over to the publisher and for what return, and that they do not some day wake up to find that they have unknow¬ingly surrendered more than they ever intended to.