Beyond the Commonsense Of Orientalism: Translation As ‘Marvellous Thieving’ 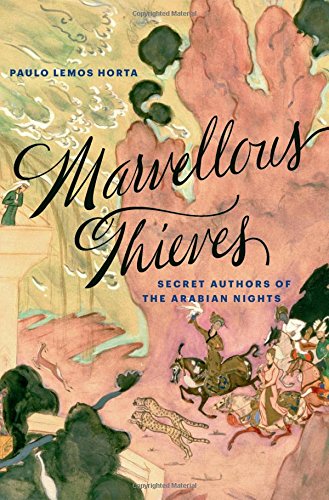 The history of circulation in Europe of tales purportedly comprising the Arabian Nights (as the commonest moniker for the collection goes, though literally it should be ‘thousand nights and a night’, if translated ad verbatim from the Arabic title alf layla wa layla) has frequently been read as but a symptom—a symptom of how the Orient was textually constructed for consumption in the West, and how the East often strove hard to cast its imagining of itself in that reflected light. This symptomatic reading so suits the current academic commonsense, aided by an uncritical acceptance as axiomatic of Said’s originally contingently radical view of Orientalism, that this simplistic formulation has percolated most of our understanding of European exercises in translating Eastern texts as attempts in stereotyping the Orient in pejorative, and civilizable, governable terms. Things are, however, never so simple; and this is where the current book scores: in exposing the myriad palimpsests and faultlines that lie behind the genesis and circulation of the oeuvre of the Arabian Nights in Europe—the numerous mis-translations, pseudo-translations, plagiarisms,ventriloquisms, and modes of self-projection and erasure through ‘hidden authors’—rather than tendentious and motivated ‘authorized translations’.And, in doing that, the current book, with its marvellous stories of discursive thievery, turns out to be quite alluring, and simply unputdownable.