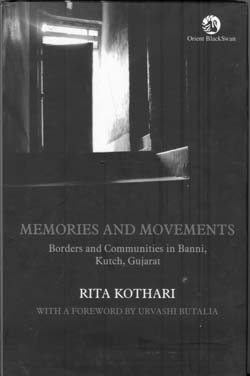 Rita Kothari’s book focuses on Banni, a small region in northern Kutch that ‘interrupts the idea of Gujarat as a linguistically, culturally and politically cohesive territory with bounded citizenship’ (p. 3). Kutch, which became a district in the linguistic state of Gujarat in 1960 is marked by a long history of mobility and migration that questions the idea of the homogeneity of Gujarat that is an essential and recurring feature of the government’s discourse today. Banni is an even starker example of this phenomenon. Today, the modern state heralds the distinctiveness of Kutch in terms of its natural beauty and spectacular arts and crafts—but it does not acknowledge the ways in which the region challenges the notion of Gujarat as linguistically and culturally coherent.