Between Fear and Courage 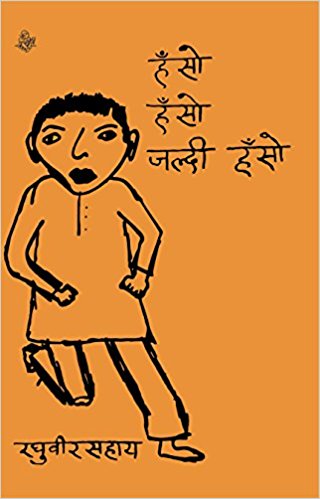 This is Raghuvir Sahai’s third volume of poems. His two previous ones: Seedhiyon Par Dhoop Mein (1960) and Atmahatya Ke Viruddha (1967) have al­ready established him as a major Hindi poet of the post-sixties. As in his earlier poems, the poet once again deals with the dialectics of a peculiarly (post-Independence) Indian socio-political situation where democracy ‘has pinned us down between the glories of human existence on the one hand and a dog’s death on the other’.