Behind the Grand Facade 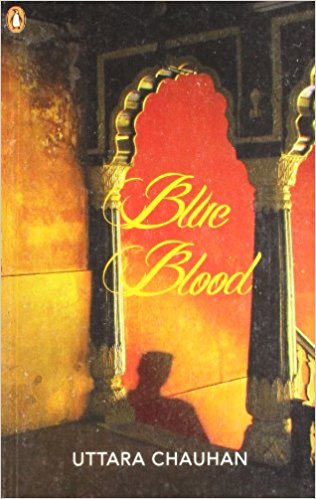 Blue Blood is Uttara Chauhan’s second endeavour at fiction writing. A Canada based writer of Indian origin, who works as a policy analyst for the Government of Canada, Uttara Chauhan’s debut novel A Model House was a love story while the book under review strings together eight stories. They deal with the life of the royals and the various conflicts they confront such as tradition vs. modernity, royal vs. non-royal, social customs vs. individual desires and so on. Royalty in India, as in other places of the world have always captured the imagination of people for their mystique, their grandeur, their overt pomp and show, their endless hidden stories matching their hidden treasures. This is articulated by the narrator in the story ‘The Guest’, when she wryly remarks, ‘People associate us former royals with the usual things: images of grandeur—of pomp and splendour, of crowns and coronations… They conclude, generally, that to be royalty—even former royalty—is an enviable thing’ (p. 154). While custom and tradition play a significant role in the lifestyle and conduct of the royalty, the stories in the collection bring to light the manoeuvrings, secret liaisons, intrigues and conspiracies that lurk underneath their facade of grandeur.