Analysing The Rationale For Social Power 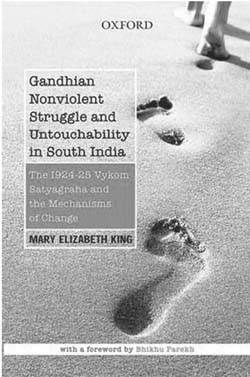 Travancore’s princely family governed this Siva temple and the four roads around it, which until the satyagraha’s substantial if partial success were open to caste Hindus, non-Hindus and animals, but not to Ezhavas and their ilk. Eleven years later, in 1936, Travancore’s ruling family opened all its temples (and the roads leading up to them) to all Hindus.