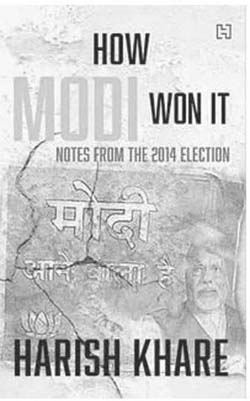 Journalists have been the first off the block in coming out with books on the 2014 Lok Sabha election. Close on the heels of Rajdeep Sardesai’s 2014: The Election That Changed India comes a book by another senior journalist, Harish Khare, titled How Modi Won It: Notes from the 2014 Election. Perhaps it was only natural and appropriate for journalists to give us a treatise on the elections first, considering that their industry, the news media, played a major role in catapulting Narendra Modi to power. During the launch of Sardesai’s book, senior Congress leader P. Chidambaram had quite fittingly described the book as a mixture of memory, notes and gossip. The same could be said of Khare’s book as it adopts a similar style of narration. There is however a salient difference in how the two authors deal with the principal character of their books, Modi.