An Odia Soul Inside An English Body 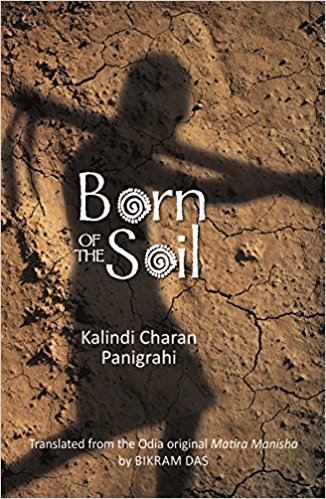 The theme of Matira Manisha (Born Of The Soil) by Kalindi Charan Panigrahi, was inspired by Gandhian thought and principles. Published in 1931, it is regarded as a modern Odia classic and one among a few seminal novels written in the first half of twentieth century Odisha. When one talks of Matira Manisha one is reminded of The Good Earth  by Pearl S. Buck, also published in 1931. It tells the poignant tale of a farmer, Wang Lung and his family, in old agrarian pre-revolutionary China. In both the books the nurturing of the land by the characters and in turn how the land nurtures them are vividly shown. But the dramatic turns of life and the complexity that ensue which constitute a major attraction of  The Good Earth are not to be found in Matira Manisha. It is a rather simple and straight  story line of a farmer family who lived in a particular village Padhanpada, which has remained unchanged for seven generations. ‘Within this village, funeral pyres blaze, the dry sands of the Birupa are moist with the tears of widows. Who can tell how long this has gone?’ As the translator puts it, ’It is a simple story simply told….(It) demonstrates that economy and simplicity in art can be as productive as creative exuberance.’

It is interesting to see how the writer, in the first paragraph, projects a tiny inconsequential village Padhanpada, in the backdrop of history as also the cosmos.  This el dorado is situated on the bank of the river Birupa in Cuttack district of Odisha, in India of Mother Earth, in the universe of a billion suns.  This hamlet, again, is situated on the brinks of history, affected in no way by the invaders—Hindu, Muslim and Maratha, is also in the margin of the geographical world. It witnessed no political or religious upheavals, whatsoever, in the annals of its history. We do not know if the inhabitants of Padhanpada ever witnessed the changing colours of passing seasons in nature. They know only the colour of their dear soil.