An End to Drought? 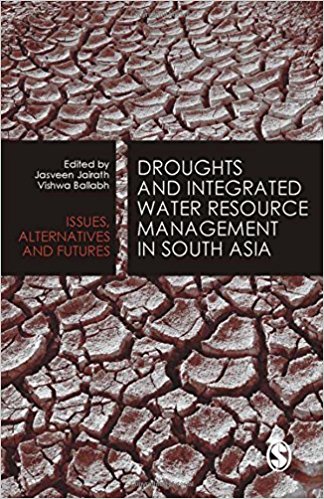 Droughts of varying intensity frequently visited the South Asia region, not only the arid and semi arid parts of India and Pakistan, but also countries like Bangladesh and Sri Lanka, where rainfall is considered adequate, also have occasional spells of drought. A thorough examination of the various aspects of drought was overdue. This book addresses those issues and encapsulates the current understanding of the subject. The book is a collection of articles on drought and drought management in South Asia by some renowned researchers and civil society workers engaged in the area of water resource management. The essays in the book are divided in three parts: those pertaining to conceptual and definitional issues; overview of drought and drought related activities in Bangladesh, India, Pakistan and Sri Lanka; and, case studies illustrating different aspects of droughts in three regions of India.

Topics discussed in a thorough and insightful manner include various definitions of drought, factors contributing to the seriousness of droughts, impact of drought on different sections of society and different regions of the selected countries, the coping strategies of the farmers facing the drought, preparedness to face this calamity and, the drought relief policies pursued by the governments of the region.

Most of the country studies have reported that droughts have became more frequent in recent years. Apart from natural factors, it is suggested that deforestation and silting of tanks and reservoirs have further accentuated the consequences of drought.