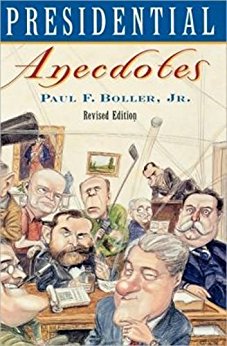 Confronted with this fat book with its not too pre¬possessing title, encased in a glossy Punch-cartoon-style coloured dust-cover depicting, inter alia, President Johnson demonstrating his gall-bladder operation scar to George Washington, who is scrutini¬zing it with all the concentra¬ted attention that he reputedly devoted to the study of his field-maps during his War of Independence campaigns against the British; President Truman thumping away on an upright piano with a supreme, almost inane degree of self-satisfaction; Richard Nixon with his famous crooked kris-proboscis extended like an antenna, slyly playing smug¬gled tapes; and President Eisenhower grovelling on the ground in desperate search of an errant golf ball, your reviewer was frankly not enthusiastic about the task entrusted to him. That the Oxford University Press had published it, albeit in New York, seemed somewhat reas-suring, though strange.