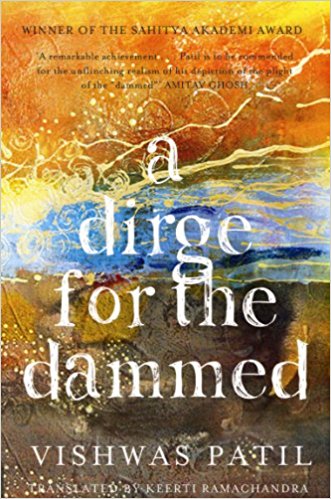 Despite Aijaz Ahmad’s majestic rebuttal, Frederic Jameson’s claim that ‘all Third World texts’ are allegorical and are to be read as ‘national allegories’ seems credible, albeit minus its sweeping generalization, with reference to many fictional narratives produced across Indian languages in the twentieth century. Raag Darbari (Hindi), Adha Gaon (Urdu/Hindi), Samskara (Kannada), Sangati (Tamil), Douloti (Bangla), and many more allegorize nation from the perspective of their own respective milieu and context. Vishwas Patil’s Marathi novel Jhadajhadati translated into English by Keerti Ramachandra as A Dirge for the Dammed may be reckoned as a novel in the same category. In re-imagining the nation, the novel offers an incisive critique of the modern nation-state that emerged in post-independence India. First published in 1992, a recipient of the Sahitya Akademi Award, the novel is a heartwrenching tale of displacement and deracination of the inhabitants of Jambhli village in wake of Greater Jambhli Dam Project.