All Soap, No Froth 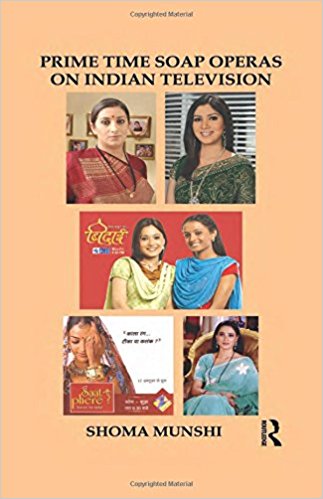 We Indians love watching rich family dramas play out on the screen. The big screen has KJo and the small screen has Ektaa Kapoor and her Band of Bahus. The workaholic Kapoor alongwith Star TV changed the way Indians watch television. A few others joined the bandwagon and the world of tradition and family continues to play out endlessly even today on TV just like the open narrative of the soaps. But does Shoma Munshis book tell you something you didnt know? Does it make you see soaps in a new light? Is it a good read for someone who wants to look at soaps only academically? Or does it give a practitioner of TV something to munch on? At the outset, the book presumes that you are new to the whole milieu of production of soaps. And that is a good thing. For someone who does not know what it actually means to run a TV channel in a country, where merit of a TV show is measured in its ratings, the clear explanation of the reasons why TV channels go in for soap operas that play at the same time for most part of the week, it does help put things into perspective.

The meaty parts of the book are the ones where you virtually see the roles of the lead female characters being etched out by Ektaa and team. The names, the reasons, the setting and why all this made sense at that time, its all there. Munshi takes into account the love of our audience for gossip and places it within the research of production houses and broadcasters to take the reader into a space where all the decisions taken by the soap-tellers in narrating their tale seem natural and logical.