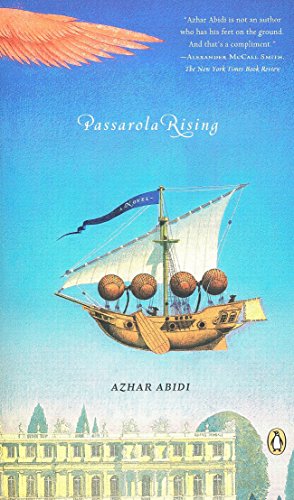 The Passarola, or the great bird, was a flying ship that was supposedly a cross between a balloon and a glider, designed by a Brazilian Father Bartolomeu Lourenço in Portugal in 1705. Azhar Abidi takes this piece of information and weaves a tale of historical fiction based on the aviation pioneer and his brother Alexandre. This great flying machine actually takes off in the very beginning of the book starting a series of adventures as the two brothers try to overcome not only gravity but the deep prejudice of the Church in the person of Cardinal Conti who is just waiting for royal patronage to be withdrawn before he can bring in the Inquisition and charge the brothers with heresy and going against nature. As Bartolomeu says wryly the clergy is afraid that with flying high the brothers may find ‘Perhaps that the heavens are empty and there is no God.’ While we root for the two brave men, we can sympathize with the Cardinal who warns ‘Those who possess them (flying ships) will use them against those without. No city and no state will be proof against their consequences’. And it is a warning well foretold as it is later used even if minimally on behalf of the French against the Russians to rescue the king’s father-in-law!