A Prisoner of Presuppositions 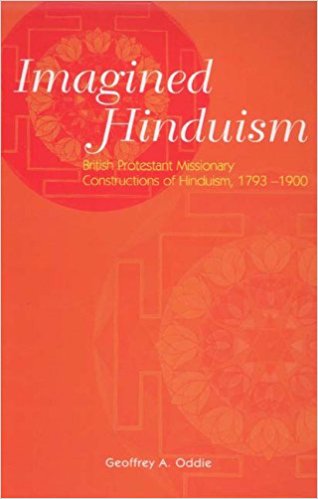 Allowing for a few exceptions, the dominant thesis now evident in works on Hinduism is that the term itself as well its ideological and material content were determined only under British colonial rule. Some eminent scholars, and I can immediately think of Nicholas Dirks, have even gone to the extent of arguing that caste and ‘culture’ were also, in good measure, products of this colonial encounter (Dirks, The Invention of Caste, Social Analysis, 1989; Colonialism and Culture,1992). The problem here is that the notion of ‘postcoloniality’ that is particularly keen to establish such claims tends to examine Indian time and social experiences only with reference to the colonial era. It comes as no surprise that ‘Hinduism’, as the present work asserts, existed only in the imagination of some colonialist Europeans, in this case, British Protestant missionaries. However, the reader will notice as I certainly did, that our author also chooses to employ the term ‘construction’, the semantic and social possibilities of which, in my opinion, are not quite the same as that of ‘imagination’.