A Novel Ahead Of The Times 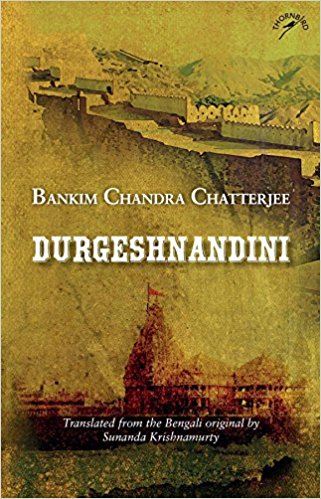 Some years ago, I had reviewed a different translation of Durgeshnandini for TBR. To revisit the same novel now via this new translation is to be reminded again of the durability of Bankim in our collective literary imagination. When Durgeshnandini first appeared, it had taken the Bengali literary world by storm, as a landmark in the emergence of a new genre. Today, in view of current controversies surrounding creative interpretations of history, it is worth asking why our writers, translators, publishers and readers compulsively return to the past in their search for inspiration. Does this re-invocation of the past act as a distancing device, a form of escapism, or a veiled engagement with the contemporary via an apparent engagement with a different era? Why a new translation now, when several English versions are already available? Such questions encompass issues concerning readership, changing approaches to translation, relationships between ‘vernacular’ and ‘cosmopolitan’ texts, and the dynamics of the literary marketplace.

Durgeshnandini (1865), Bankim’s first novel, presents a love triangle set against the backdrop of Mughal-Pathan struggles during the reign of Akbar. Jagatsingh, a general in the Mughal army, falls in love with Tilottama, daughter of Bikramsingh, feudal ruler of Mandaran. When Jagatsingh, Tilottama and her attendant Bimala are taken captive during a Pathan assault on Mandaran, Ayesha, daughter of the rebel Pathan chieftain Katlu Khan, protects the honour of Tilottama but also falls in love with Jagatsingh. The narrative tracks the dynamics of these tangled relationships, gradually unfolding the secret of Bimala’s past and leading up to a dramatic denouement.