A Novel Ahead of Its Times 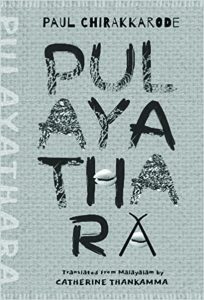 Pulayathara was published in the year 1962. It was the first novel in Malayalam to give a graphic description of the Dalit Christian condition. The novel was largely ignored by the reading public and critical establishments. However, the scorching issues of land, labour and faith that the book sought to project, continue to haunt millions.

It is seldom that critical readings of début novels by Dalit authors talk about anything other than the caste oppression represented in the book. Very often such novels reinforce the credo that in India, you are born into a caste. It is true that these novels, patently autobiographical, talk about the strange logic of the caste system, the accident of birth that determines the course of the rest of your life.

Pulayathara is deceptively simple and has mostly a linear story line. It is set in the Kuttanad region of Alappuzha in the 1930s. The novel opens with Thevan Pulayan, the second name denoting his untouchable caste status, being evicted from his home by the landlord Narayanan Nair. Thevan was responsible for the bund that separated the brackish backwaters of Kuttanad from the below sea level paddy fields. The rupturing of the bund leads to the flooding of paddy fields and loss of crop. Thevan, ousted from the patch of land that he had dug up from the muddy waters of Vembanad Lake, seeks asylum in the house of a distant relative Pathros, with his son Kandankoran.

Pathros unlike Thevan has converted to Christianity and lives in a hut built on church lands. Though a lifetime of rigorous labour had eroded Thevan’s health, he was working in the fields till he was evicted. Living in Pathros’s  house on charity is unbearable for him. The fact that Pathros is a converted Christian adds to his misery. The novel winds through the events following this life, with Thevan’s son Kandankoran falling in love with Pathros’s daughter Anna. Kandankoran converts to Christianity, changing his name to Thoma to marry Anna, and puts up a hut on church lands. The novel tapers to an end with the determined voice of Thoma, ‘Edi, I am a Pulayan. I will live in the field. But I will send my son to school, educate him. I will not let him become some landlord’s slave.’