A Labour of Love? 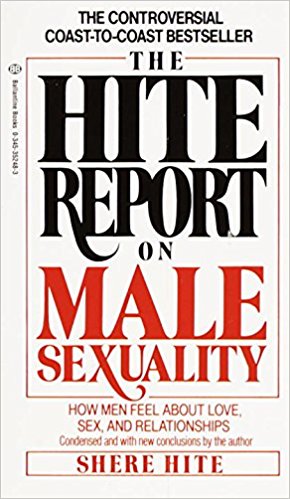 For someone sympathetic to hedonism, the cultural pro¬ducts of a society where hedone is an honoured goddess are endlessly fascinating. To me, the United States of America since the early sixties is one such society. Here the impact of hedonism has been greater than that of most other ‘isms’ which propel human lives. Though in theory the gratification of all sensual desires is the proper way of worshipping hedone, in prac¬tice food and sex become the main offerings of the hedoni¬stic puja. It is therefore not surprising that books on food and sex, with stotras in praise of their more exotic varieties (detailing, for instance, the delights of Tuscany cooking and the joys of lesbian sex with equal devotion), are a staple fare of much American publishing. The Hite Report is a part of this—sometimes undigestible—fare.