A Jaundiced View of the UN 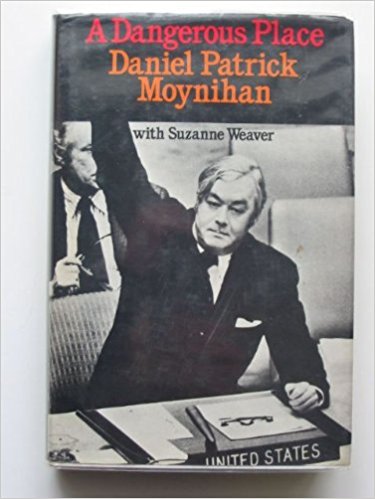 Moynihan is full of bounce and breeze in this 300-page account of his steward­ship of American interests in the United Nations for eight months, July ‘75 to February ’76. It pullulates with contro­versies, but for an author whose back­ground is trumpetted to be one of research and analysis, these are surpris­ingly built on many wrong premises and unsatisfactory data. In the event A Dange­rous Place is not what it could have been—an intelligent America’s guide to the U.N; instead, it becomes yet another tract by a politician who has done well and can expect to do better. Moynihan’s message is simple: if the Third World continues to attack the USA it should instantly know that the USSR is much worse and the developing count­ries are no better. They all badly need progress and civilization and only the USA can provide them, now or in the future.

This should be done on strictly American terms and certainly not by abusing the USA; the task is relatively easy as these countries have no real choice except to turn to the USA and the west­ern world which is indeed identical to liberal democracy and civilization; anyway, Moynihan will show the way to make the Third World behave itself. This staggeringly simple approach naturally blinds him to the implied compliment the Third World pays in applying ‘double standards’ in judging the USA vis-à-vis the USSR. Liberal democracy is open to criticism when it deviates from its ideal, but for dictatorships such a fall from grace becomes irrelevant as they never can have any. Besides, are we to enforce democracy by totalitarian meth­ods? Moynihan does not even attempt an answer.