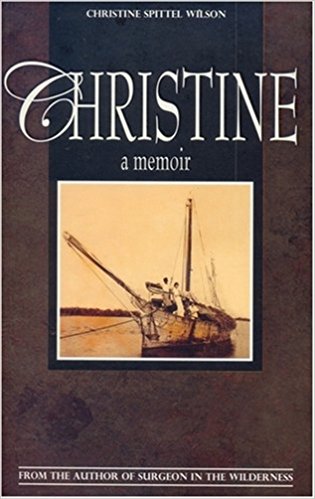 Memoirs fascinate me: not just because like most humans I have an insatiable curiosity about other people’s lives but because of the landscapes embedded in memories that emerge defiantly from nostalgic syrup and startle you with a rare insight. Often, whole cities, regions, countries and cultures come alive—even in indifferent memoirs—because they provide the context for the way lives are shaped and destinies cast. How can one forget that once upon a time, when the Indian subcontinent comprised India, Pakistan, Burma and Ceylon as one seamless territory, our lives were interlocked with our neighbours in vivid relationships? Hindu, Muslim, Buddhist, Christian—these were not religions that separated us: they were faiths that bound us together. This is perhaps the real reason why any memoir that comes out of any part of the subcontinent draws us to itself. Reading about the lives and places described there is as pleasurable as being able to complete a book that one had lost when still half-read. It revives old ties that have vanished forever yet continue to haunt our dreams and stories.

Sadly, few memoirs fulfil the role of providing glimpses of the multiple lives behind one life. Perhaps the reason for this is that the Victorian school of memoir writing had certain unbreakable ‘rules’ for writing a ‘good’ memoir: only great lives were fit to be recorded and one was never to speak ill of the dead. Unfortunately, both these rules—so eminently made for breaking—are rarely transgressed. One has therefore plodded through several memoirs that read like the lives of women who were Florence Nightingale and Mother Teresa rolled in one and men who were so morally upright and courageous that it seems improbable that they were at all lovable. The truth is that often they were not: at best, they were figures of veneration, with bony laps and dry eyes.

A few years ago, I decided to write a memoir myself: the subject was my mother, the Hindi writer Shivani. My task was not made easier because she was an extraordinary mother, a dutiful wife, a wonderful friend and a lively mind. However, like most mothers she was also exasperating, maddening and, ultimately, an enigma. And as I wrote, I constantly recalled Philip Larkin’s lines on one’s parents:

They fuck you up, your mum and dad. They may not mean to, but they do. They fill you with the faults they had And add some extra, just for you. But they were fucked up in their turn By fools in old-style hats and coats, Who half the time were soppy-stern And half at one another’s throats. Man hands on misery to man. It deepens like a coastal shelf…

Christine is the life of the author Christine Spittel Wilson, who was born to a wealthy Ceylonese family in the early decades of the last century. Her father was a renowned doctor while her mother belonged to a prominent Dutch Burgher family. An only child of doting parents, Christine spent her childhood as poor little rich girls do, playing by herself and reading voraciously. Her mother, of whom she always speaks in a hushed tone, appears drowned in a deep melancholic depression after she loses a child, born after Christine. Christine’s father, on the other hand, is drawn in strong lines, a frail man of indomitable courage and a tremendous zest for life. He disappears periodically into the jungle to mingle with the adivasi Veddas and once actually brings home a Vedda boy to live on their estate, Wycherley. The episode comes early on in the memoir when Christine is still a child but it left an indelible impression on me. One day, the Vedda child disappears as mysteriously as he came and no one speaks of him after this. That Christine, a sensitive writer and an inheritor of her father’s love for the wild untamed wilderness of Ceylonese tropicana, should not have made this into an important fulcrum for examining the frailties of a ‘civilized’ way of life is puzzling to say the least.

In the same way, the rituals of ‘coming out’ balls and morning presentations to find suitable boys and girls—charmingly described—have important counterpoints that are glossed over. Christine’s own disastrous first marriage to a reckless young planter, the loneliness of their isolated life in a remote plantation, her mother’s depressive moodiness, her own second marriage and the cultural shock of her encounter with post-war life in Scotland—all these are faithfully described and elegantly written but they conceal a pain and a solitariness of spirit that the author is unable to speak about honestly.

Eventually, Christine becomes a requiem for a lost Shangrila: the gorgeously lush land of warmth and plenty that Ceylon once was. Such a homeland is a natural locale for a tale of a tragic loss of innocence but it is also the land that shapes a way of looking at life in foreign lands that is indubitably different. Christine’s memories of her own attachment to its past are coloured with a romantic longing for a way of life that was anachronistic and carried the seeds of its own destruction. She has little to say of the tension between the Singhala and Tamil communities that were to bathe this emerald isle into the worst civil war fifty years down. What is more, they were there even when Christine was driving down to the sea to feel the cool spray on her face in a car gifted by her adoring father on her eighteenth birthday. Occasionally, one glimpses these shadowy worlds behind the daily diary of Christine’s life but they are always in the background, as dark reminders of life beyond the fringe.

Reflecting on Wilson’s elegantly written and immensely readable memoir, I was struck afresh at how the complexities of even the most mundane lives can never be captured in a linear tale: the old and the new are carried inside us and collide at the most intense moments of our life to explode into epiphanies that make a mockery of chronology. This is a lesson that all of us who have grown up in the Indian subcontinent learn early on: whether we are Hindu, Muslim, Buddhist or even Christian. Our present is a mix of our past and our future and what we remember is often what we have tried most to forget. I enjoyed Christine’s story but it is the stories that Christine never reveals fully that are the ones that haunt me.