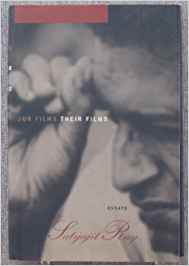 There already exist two full-length studies on Satyajit Ray: a biographical study by Marie Seton and Robin Wood’s Apu Trilogy. But Orient Longman’s expensively brought out Our Films, Their Films is a rare book-a noted film-maker’s musings about himself, his craft and about other film makers.

The book which represents a sizeable amount of Ray’s writings on films is actually a compilation of magazine articles (and, therefore, contains little that is new to any serious student of cinema) written between 1948-73. The 25 pieces fall neatly into two sections : the first discusses Indian Cinema and includes the justly celebrated but controversial article ‘An Indian New Wave’ which first appeared in Filmfare; the second section discusses Chaplin, the silent films, Kurosawa, Hitchcock (all provoked by books to be reviewed) Hollywood Then and Now, the British Cinema, Renoir, Ford and Italian Films.