A Festschrift for an Economist 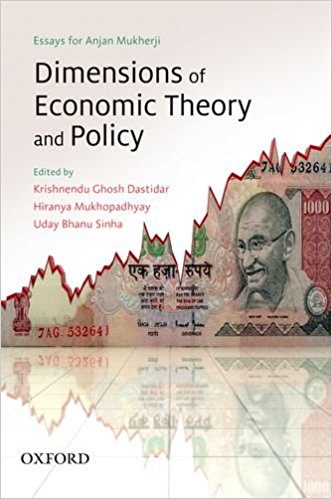 Dimensions of Economic Theory and Policy is a festschrift honouring Professor Anjan Mukherji who retired as the Reserve Bank of India Professor of Economic Theory at the Center for Economic Studies and Planning, (CESP) Jawaharlal Nehru University in 2010. Anjan is widely considered one of India’s top mathematical economists having made several significant contributions to the field of general equilibrium theory. The volume is edited by three of his former Ph.D. students, two of whom teach in India (Krishnendu teaches in JNU and Uday teaches at the Delhi School of Economics), and the third (Hiranya) is an economist at the Asian Development Bank in Manila. Many of the contributors to the volume are former students or professional colleagues that he had longstanding interactions with. Since his retirement at JNU—and in a second career of sorts—Anjan has been actively involved with the International Growth Center (IGC), currently serving as the Country Director for the IGC-Bihar program.