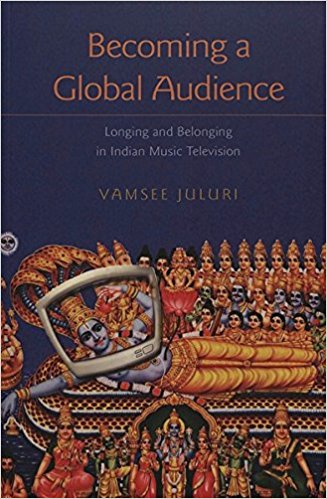 In a world trying to grapple with the contradictions of a global reality and a need for cultural identity rooted in local traditions and history Vamsee Juluri’s book Becoming a Global Audience tries to address some of these issues through her study of music television and specifically countdown shows. These shows with the arrival of satellite channels became very popular and channels were inundated with such shows. Juluri attempts to substantiate her theoretical position or positions through a theoretical and empirical engagement with media structures and the text audience interface in the context of countdown shows. The second area that Juluri tries to confront with a ‘generational wonder’ and a sense of ‘dismay’ is what appears to the author as a cultural storm unleashed by the ‘satellite invasion’ of 1991. She sees it as a shift from declining Nehruvian ideals to one of unabashed consumerism. During the study she is confronted with the reality of a changed India and the study attempts to face up to this change.