A Debut Novel: Between Two Eras 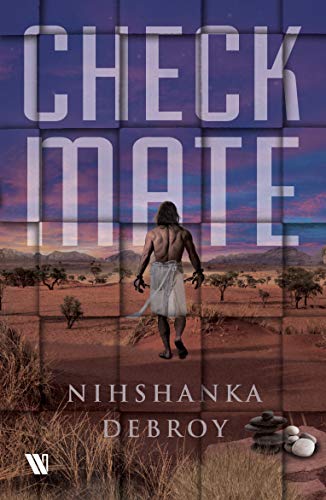 This debut novel offers a playful twist on the possible origins of chess. The narrative flips back and forth between the boardrooms of the 21st century and the battlefields of the 5th century. The protagonists are Ms Vinita Joshi, the CEO of two tech companies, and the warrior Harshavardhan, with the poet Kalidasa in a supporting role.

The fifth century action is set on the battlefields of central India during the Svetahuna invasions that the late Gupta monarch, Skandhagupta, had to tackle. Harshavardhan is captured during battle, and thus meets Kalidasa, who has also been captured. While in captivity, Harsha invents a version of chess, using pebbles to denote various forces and works out escape plans. He succeeds in escaping along with Kalidasa and then manages to rally a small force to fight the invaders.

Along the way, he suffers loss and heartbreak and he also learns to use his pebbles in a more sophisticated fashion to simulate battles before he has to fight them. After a series of adventures, Harshavardhan eventually disappears. His friend the great poet writes a haunting elegy for his mother, at his request.

In the 21st century, Vinita is pushing growth in the American company she founded, when she receives the news that her father, an aerospace tycoon, has passed away in an accident. She is estranged from her dad. But as his only child and heir, she returns to Delhi to pick up the reins at his company.