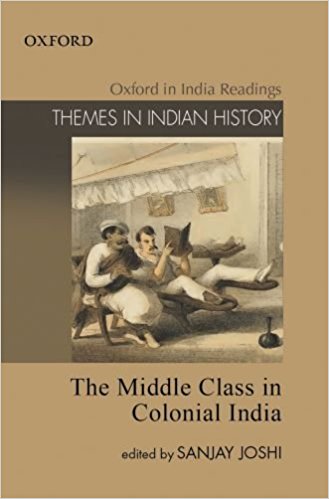 The role of the middle class in transforming India is being discussed and debated from the late 19th century. In the first two decades of Independence historians gave a lot of attention to the role of the middle class in the national movement, but from the 1970s the focus shifted to the peasants and subalterns. The focus has shifted again recently to the middle class in the rapidly globalizing world of the 21st century where India is being seen as an important economic player. The middle class is seen as a driving force in this so called economic rise of India. This collection of essays by Sanjay Joshi is a timely intervention to give a much needed impetus to the study of the middle class in colonial India. Joshi is right in suggesting that ‘We cannot write the history of colonial India without centrally engaging with the history of middle class’ (p. ivx). The wide range of themes covered in this volume shows diversity of scholarly interest in the middle class. This volume has been published under the series ‘Themes in Indian History’ which primarily focuses on historiographical trends on a particular theme.

In line with the standard maintained by this series, this volume brings together nineteen high quality essays. Arranged in four sections these essays have been written over a long period of time covering more than a century, the oldest being that of 1888 and the latest 2009. Except the essay by Boria Majumdar, all others have been reproduced.