A Complex Interplay Between Past and Present 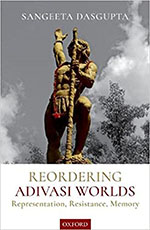 The debates on colonial construction of tribal identity and the need to revisit the concept are gathering space in academic discourse in recent years. Dasgupta stretches this debate a little further from her previous work. Tribal identity is similar to caste used extensively by colonial ethnographers, anthropologists, and census enumerators to fix identities of the numerous communities living in India. Several communities, both tribal and caste, opposed their being grouped under either of them. Post-Independence, many castes demanded tribal status and others caste status, and many such claims are yet to be settled. In the light of this, the author  draws our attention to the genesis of the growing underdevelopment and assertion of Adivasi communities. The book argues that many of the problems can be explored in the colonial past. The primary focus of the book is the ‘postcolonial understanding of tribe and journey of Tana Bhagats’. It revisits the colonial ethnography, missionary narratives, and anthropological writings and substantiates with rich field narratives.

The book is divided into seven chapters with a comprehensive introduction. Dasgupta initiates the academic discussion on the production of colonial knowledge and the creation of social categories by covering postcolonial historiography and revisionist approach. She claims, unlike caste which is recognized as a discursive category, the concept of tribe has yet to become one. Parameters to differentiate caste and tribe was a challenge not only for the administrators but also for anthropologists, sociologists, and others. Even colonial ethnographers used ‘tribes and castes’, and ‘castes and tribes’ as the title in their ethnographic reports. Seldom could they distinguish between communities even with the help of the local associates. Tribal identities were grouped more on their geographic remoteness than social characteristics. Some communities were even identified based on their anthropometric data. Many postcolonial scholars constantly raised questions over the colonial construction of caste, tribe, and other such identities; however, most of them have relied on colonial archives to address those questions. That in itself is paradoxical in nature.