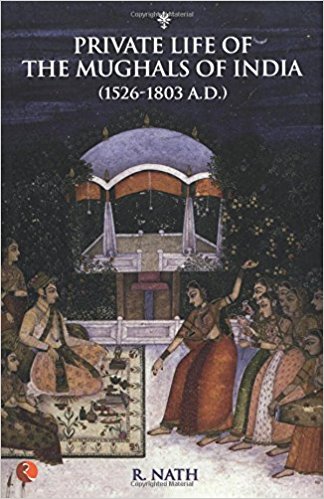 The first impression of this book – the title, the cover, colored plates, diagrams and illustrations – is fascinating. It is a description of the private lives of the Mughal emperors but only of a few i.e. Akbar to Shahjahan, with a line or two on Aurangzeb. Although Nath promises to tell us a story for the period 1526-1803, there are rarely any references to the period subsequent to the reign of Shahjahan. Neither does he provide any justification for ending his story in 1803. The Mughal emperors after 1803, even though not as powerful as the earlier Mughals continued to rule till 1857. More importantly, they were as driven as the earlier Mughal emperors by passionate, sexual desires, addictions, intoxications and use of aphrodisiacal drugs for stimulation – a major focus and concern of the book. The Later Mughals should have been at least mentioned in this book, since it is a history of mirth, glory, sumptuousness, sex, passion and an over-indulgence of all these under the Mughal emperors.