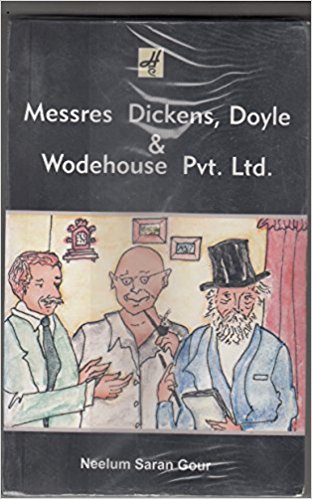 Now here’s a bold book that attempts to bring together in its leaves three literary giants whose writings belong to three entirely different genres. No mean task this, considering also that the gentlemen were not contemporaries, despite being very nearly so. Charles Dickens is widely regarded as first and foremost a storyteller, and that was how the contemporary public viewed him. That his works reflected the rapid changes that were occurring in the wake of the Industrial Revolution did not, in his own eyes, make him a practical reformer. Arthur Conan Doyle’s writings, especially his series on Sherlock Holmes, on the other hand seldom dealt with social and political issues of the time, and this despite him being a keen crusader for social reform. In fact Doyle twice ran for Parliament, albeit unsuccessfully. As regards P.G. Wodehouse, his interest in the politics of the time was woefully lacking, even though the time in which he lived is generally acknowledged as the most violent epoch in the history of humankind. Indeed the two World Wars seem to have had little impact on the writer and his oeuvre.